I know there are lots of wives who deal with long and frequent separations from their husband’s… and that to them I’ll probably sound like a whiner… but I’m not used to it, and I don’t like it.

This trip was 14 days long… You try 14 nights of restless sleep and feeling lost in the evenings and in the mornings. I just can’t sleep without him in my bed, and our breakfast talks are essential for my daily sanity fix. We often do separate things in the evening, but the rituals around each other and winding down are so much a part of my soul, that when I found myself doing them alone, I sometimes forgot what to do.

Maybe if this became a frequent thing, I’d figure out a way to adapt. Thank goodness it isn’t, I kept telling myself, except this last time out he really got excited about the mountain rescue and forest fire training, and he got introduced to an idea that sounds great… for him, but …. Ewwwwwe… month long posts in remote areas at least three times a year?????… Well, he’s only thinking about it at this point, and I’ve promised not to work up a worry list over possibilities for now. The money is great, his eyes light up when he talks about it, the work is right up his alley and would make him happy (happier than a pig in poop as they say).

But what about me?

Anyway…. he’s home now. Got in shortly after 10 Saturday night. I had planned to greet him at the airport wearing only a raincoat that I could flash him with… but life got in my way and I ended up running around here like a headless chicken in the hours before his flight landed so, I greeted him in grotty cut offs and a paint speckled T-shirt. He was still glad to see me. One of the wonders of a being together a while I guess. Of course for all of our marriage casual and rugged has pretty much reigned so me getting dressed up and spiffy’s not his thing. I had one more errand to run before we could go home though, so it was nearly midnight before we were alone.

Tired from 11 hours of flying makes for quick but sweet sex. My GOD my body missed him! And I slept so well! So well and so cozy that when he nuzzled amorously, waking me up Sunday morning I just couldn’t help whimpering…

So, I got a spanking. A hard, not too long, but definitely satisfactory spanking. A sample of what was still on the agenda for me… You know, two weeks without a spanking, might not seem very long, but my bum sure noticed. Thank goodness he only used his hand… I think a paddle might have been too much.

We puttered all day Sunday. He did things with his boat and some reclaimed lawn furniture, and I did a little catching up on line along with some writing. Of course there was the usual Sunday stuff like laundry…. Then even though there was a weird event with a friend, we enjoyed a blissful reasonably early bedtime. More spanking and slow “I really missed you and need you sex.”

Work on Monday for both of us. Now really! It is just not right for a week to take off at an inconsiderate selfish gallup when there ought to be ‘relish my normal life back’ time. But it did, and so at supper, it was just a usual night again. Yesterday was even more ordinary! And today…. well, it was so business as usual that all the novelty of him being home again has dissipated… and this is unfortunate…. because there were some ‘ordinary’ issues that he decided it was time to address tonight.

Now, remember I had a couple of weeks with almost no sleep and lots of lonely time…. so, I had some selfish, peevish and even wench out moments…. All understandable, and even acceptable since there was a reason… but none beyond my ability to control, and a couple that resulted in other people being affected and in one case hurt.

We had an OTK reckoning this evening.

My bum hurts! You know that kind of thick hardish swelling that soundly spanked bum skin takes on sometimes? I can trace a pattern around the one giant welt back there now. I feel like I should take a skin marker like plastic surgeon’s use and draw the demarcation… like that doctor does on Animal Planet’s Venom ER. Will the spanking welt advance or not? I wonder if there’s any ‘spankfab anti spankin’ injections I could take to prevent it? (A silly take off on ‘crofab antivenom’)

It’s bedtime now, so I’ll sign off. Here’s hoping he’s up to some “I love you anyway even if you’re a wenchish beotch sometimes” sex. Because you know, there is nothing sexier than my man when he’s just firmly dealt with stuff and helped me put it away….

Night now. Hope you have a great day tomorrow. 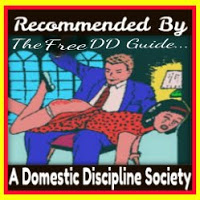 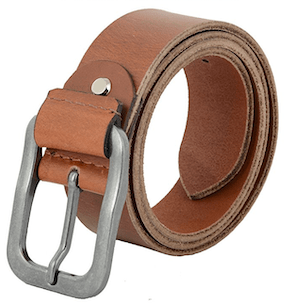